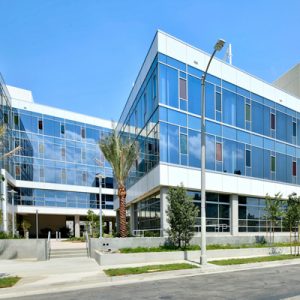 The lease comprises nearly a fifth of the 250,000-square-foot building. Rates are listed in First Property Group leasing materials as $4.65 per square foot, which puts Deluxe’s lease at around $2.62 million a year.