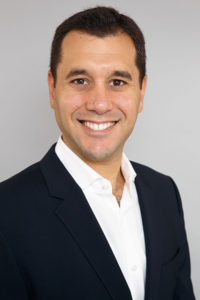 Ben Silver joined First Property Realty Corporation in 2013 specializing in the leasing and sales of commercial properties on the Westside of Los Angeles and San Fernando Valley. During his time with First Property, Ben has been recognized as one of the top performers in the company and has helped lead the expansion into new markets. Ben started his career in commercial real estate in property management and in house leasing at Levy Affiliated were he managed a portfolio of 10 commercial properties including the management and leasing of 2 full service executive centers. Ben is a Los Angeles native and lives with his wife and daughter in Sherman Oaks.

April 2020 | Represented John Wells Productions with the purchase of an ancillary facility one block from their Hollywood headquarters to be used for offices and overflow parking.
View Case Study

May 2018 | Represented Jamison Services with the leasing of 4201 Wilshire Blvd. Leased approx. 100,000 rsf in 12 months with the most recent deal signed by Create Advertising for approx. 42,000 rsf.
View Case Study

January 2018 | Completed the sale of 905 Cole Avenue, which is a 5,000 sf studio and office building in Hollywood. View Case Study

June 2017 | Completed the WeWork lease for approximately 115,000 RSF at 1601 Vine Street in Hollywood, which is a new 8 story office building constructed by the JH Snyder Company.
View Case Study

February 2017 | Completed the Knoll lease for 4,600 RSF at 308 N. Robertson Blvd in West Hollywood, which is Knoll’s flagship retail store and design studio for their residential furniture line.

November 2016 | Completed the Siren Studios lease for approximately 60,000 RSF at 1135 N. Mansfield Avenue in Hollywood, which is a creative office and studio campus owned by Moviola.
View Case Study